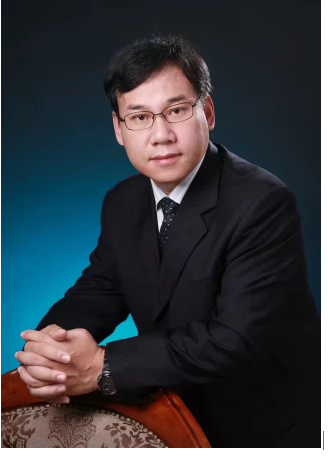 Fusion could produce copious amounts of electricity from easily obtainable fuels, with no carbon emissions and minimal radioactive waste, but it is very difficult to control by mankind. The lasers drives can be as an import means for controlled fusion. There are many large scale high-power laser drivers, such as NIF in USA, LMJ in France and similar high-power laser facilities in China. On-line Vision Inspection technology and equipment are used in these high-power laser drivers widely. Such the target and lasers alignment, Damage detection of Large-size optics, the assembly inspection of mm-scale target and so on. On the technological side, how to get the vison information quickly and efficiently to solve these problems, and how to get the high-precision and quantitative analysis conclusion. This talk will give an overview of these interesting problems, illustrate Working principle and design idea used for these facilities, and discuss recent advances in this area.

Dr. Bingguo Liu received the BS degree in mechanical engineer from Harbin institute of technology, China, in 1998, and the MS degree and the PhD degree in instrument science from Harbin institute of technology, China, in 2004 and 2009. He is a Professor of Instrument science and engineer School of HIT. He is also a member of Visual Inspection Committee of CSIG and Precision Engineering sub society of CIS. His research interests have been vision measurement with applications to on-line product and high-precision instrument. He has published book and more than 40 research papers and 30 research patents for invention and software copyrights. With dozens of National major scientific projects and Natural Science Foundation Projects. He designed and developed dozens of precision instruments for laser drivers since 2004, He has got the Grand prize of National Defense Technology Invention Award (2016).